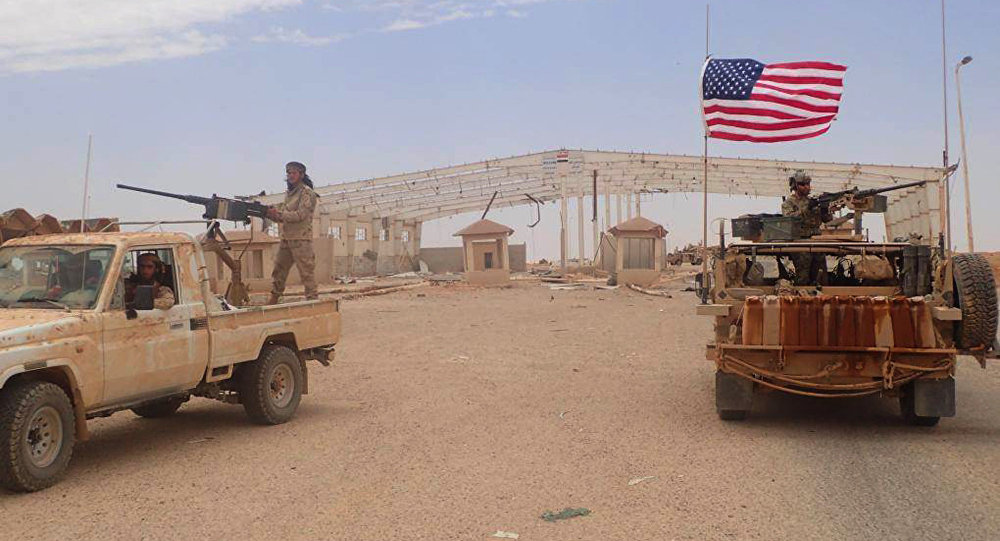 The Syrian war, now seven years old, is the worse humanitarian crisis of our time. Half the country’s pre-war population, more than 11 million people have been killed or forced to flee their homes. Those left are struggling to survive in a war-torn country with damaged infrastructure.

But regretfully the Syrian war shows no signs of abating despite its already huge humanitarian cost.

On the contrary, the Syrian war is escalating, the US’s red-line has been crossed yet again with an alleged chemical weapons attack on a rebel-held Syrian town near Damascus. At least 42 fatalities have been reported with hundreds falling sick, according to relief workers.
Images of sick, dying woman and children across the network will be disgusting, repugnant and nauseating to decent folks. It will also whip up mass emotion, anger, and the public will most likely demand action from their President Commander in Chief Trump.
In short, momentum is building for Trump to respond.

Could the Syrian war be about to “evolve”? 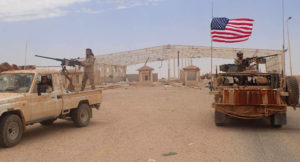 “Many dead, including women and children, in a mindless CHEMICAL attack in Syria. Area of atrocity is in lockdown and encircled by Syrian Army, making it completely inaccessible to outside world. President Putin, Russia, and Iran are responsible for backing Animal Assad. Big price…”, Trump tweeted.

But the Syrian war has the two world nuclear superpowers US and Russia militarily backing opposing sides in the conflict with the latter backing Syrian Government forces and the former the rebel fighters. So the Syrian war is also a proxy war and that is dangerous, bearing in mind that two of the world’s heavyweight nuclear powers indirectly fighting with each other on a battlefield is risky.
The Syrian war, a proxy war could be the catalyst for a wider conflict. Russia and the US could directly turn their guns on each other in Syria.

Russia is warning the U.S. against any “military intervention” in Syria over the government’s alleged chemical attack against civilians this weekend, saying any such response would be “unacceptable” and lead to the “most serious consequences”.
The Russian foreign ministry in Moscow stated on its website that any allegations of the chemical attack are “fabricated”.

Will Russia’s warning against military intervention be ignored by the Trump administration and will the Syrian war escalate?

We can get some idea what the US administration’s next move will be by analyzing what it did following the previous alleged chemical attack in Syria, April 4, 2017, where dozens of civilians were reportedly killed in a suspected chemical attack. The Russian Defense Ministry claims that gas was released when Syrian forces bombed a chemical munitions depot operated by terrorists. Nevertheless, Trump’s ordered, US warships to launch 59 Tomahawk cruise missiles at the airbase which was home to the warplanes that carried out the chemical attacks.

So I suspect that Russia’s warning against military intervention will be ignored. The Neoconservative hawks that now dominate the Trump administration will probably escalate the Syrian war. Moreover, if Russia and the US get involved in a direct military war in Syria it could also draw in China. Army Secretary warns of China, Russia Threats.

NATO ally countries would then be obligated to militarily assist their ally, the US and before you know its WWW III.
So the Syrian war is still a civil war but it could easily escalate into a wider conflict.

The analogy of drinkers in a Saloon bar is a good one. The mood is happy, people are listening to live music enjoying themselves then some nutter assaults the female band singer. So a guy intervenes and the nutter throws punches at him and his friend exchanges blow with the nutter and the nutter’s friend exchanges blow. Very soon the place is a brawl, fists flying, chairs airborne. But everyone was having a good time-nobody wanted to fight.

Is the Syrian war really a humanitarian war?

Humanitarian intervention often serves as a pretext for war. Nobody talks about the ongoing humanitarian crisis in Yemen. So why Syria?

Think deeper. Could there be another motive for the puppet masters determination to overthrow the Assad regime in Syria? The silent dollar hegemony fightback is in full play.

But how does Syria enter the equation of dollar hegemony fightback?

Syria geographically is of great strategic value, it is the link between Asia and Europe. Syria enables land locked oil-rich Iran to get its oil to the large European market. You’ll notice two competing pipelines running through Syria, the Iran-Iraq-Syrian Pipeline (Russian-backed) and Qatar-Turkey Pipeline (US-backed).

So if the western puppet-masters can install a puppet regime in Syria they can ensure that the US-backed oil pipeline is operational, thereby servicing the large demand for oil in the west, Europe. Moreover, the demand for oil and USD is complimentary which strengthens the dollar.

So the war in Syria could really be about an oil pipeline war that keeps energy dependent Europe buying oil in USD and prevents Europe from pivoting to the East. Let’s assume that the Russian backed pipeline dominated oil flows through Syria to Europe. That would be Iran oil price in the petro-yuan outside the dollar sphere. It would be a final blow to the dollar hegemony.

The Syrian war is the battle for global hegemony where the winner takes all, the throne of world’s reserve currency.
These are volatile times and frankly, nobody knows the ending.

Recently a retired Russian General referred that the aftermath of the Salisbury poisoning as an event that could lead to the “last war in the history of mankind“. But I see the Syrian war as being potentially far more dangerous event currently lurking on the geopolitical landscape.

One Reply to “Syrian war”