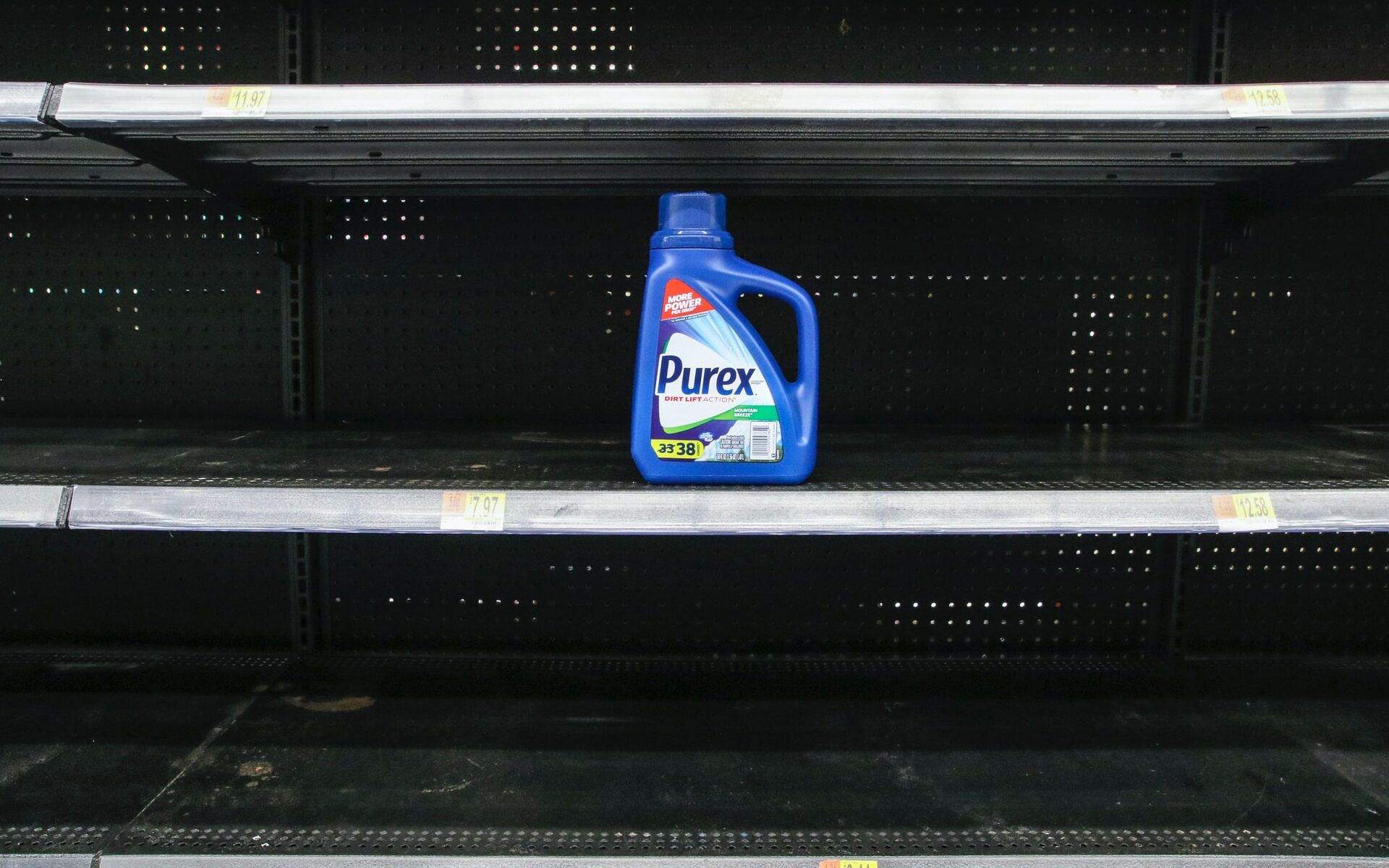 The world is still short of everything as the supply shortage continues.

Whether you are shopping for new autos, auto parts, bike parts, building material, or a particular brand at your local supermarket, the out-of-stock sign is becoming all too familiar.

In the wake of the 2020 pandemic lockdowns, supply shortage is rattling a generation of consumers that have been accustomed to having ample choice and now having to adapt to scantly stocked shelves.

Just-in-time manufacturing (JIT) and inventory systems, which work well in peacetime noncrisis scenarios, are adding to supply shortage, which could soon turn into a supply-chain crisis.

JIT systems are not workable for global lockdowns, and we believe supply shortages could worsen as global supply chains remain in disequilibrium, which could take years to stabilize

Locking down the economy causes rationale suppliers to cut capacity. But when the economy reopens, the lack of capacity leads to supply shortages which send prices spiraling.

Meanwhile, as the economy slows down and supply shortages rip, inflation rears its head, central banks are caught between a rock and a hard place.

If central banks withdraw emergency monetary policy in a slowing economy saddled with huge debts, we would see brutal deleveraging. The melt-up in asset prices experienced over the last decade would reverse in just days and weeks into a meltdown. A systemic crisis would soon follow as collapsing asset prices would force banks to demand more collateral on their loans, and a wave of selling would follow in a free-falling market. That could blow the collateral chains off the entire financial system making the 2008 financial crisis look like a picnic.

The above scenario is sensational if you believe supply shortages leading to inflation will not change monetary policy, which has been accommodative

Take, for example, Evergrande, China-s Lehman scenario, which is on the verge of bankruptcy with $300bn (£217bn) in loans. So large banks were allegedly told that they will not receive interest payments on loans due September 20. Meanwhile, interest payments of $84m (£61m) on the bonds are due on Thursday.

With September being notoriously the worst month for investors, Evergrande is keeping markets on edge.

But we are taking for granted that there will be a Chinese-style bailout on the cards, bearing in mind protests from homebuyers, employees, and retail investors are already breaking out in China.

Yet another BTFD play?

Back to the theme of supply shortages, the spiraling shipping freight rates go to the heart of the matter

The main transport mode for global trade is ocean shipping, with approximately 90% of traded goods carried over the waves.

The average price worldwide to ship a 40-foot container has more than quadrupled from a year ago, to $8,399 as of July 1, according to a global pricing index by London-based Drewry Shipping Consultants Ltd. The measure has surged 53.5% since the first week of May. Moreover, shipping industry executives expect to remain tight for the rest of the year.

But these historic shipping freight rate increases are not being brought about by a booming global economy. In fact, the global economy is slowing.

Sea freight is responsible for transporting 90% of all goods in the current global economy.

We believe the stagflation scenario, where economic output falls and unemployment rises along with rising prices, is likely.

So you have rising prices due to supply shortages and other cost-push factors. Natural Gas prices are also spiraling.

So, where is the supply shortages most acute?

Waiting list time for an average new car can vary from one to four months due to chip shortages.

Pandemic is also creating a labor shortage from pilots, nurses to agricultural workers.

In the UK food shortages could be permanent, warns the industry body.

“The just-in-time system is no longer working, and I don’t think it’ll work again,” Food and Drink Federation (FDF) boss Ian Wright said at an Institute for Government event on Friday.

The FDF represents more than 800 food and drinks companies in the UK.

Supply shortages and higher prices could be permanent

Mr. Wright stressed that “the UK shopper and consumer could have previously expected just about any product they want to be on the [supermarket] shelf or in the restaurant all the time.

“That’s over. And I don’t think it’s coming back.”

So global supply shortages are likely to be a feature going forward as supply-chain continue to get disrupted by the pandemic.

We don’t believe this supply shortage is temporary, nor do we believe inflation is temporary

But is there anybody in the room who thinks that central banks will tighten monetary policy when businesses are cutting capacity to adjust to consumption in a pandemic that shows no signs of abating?