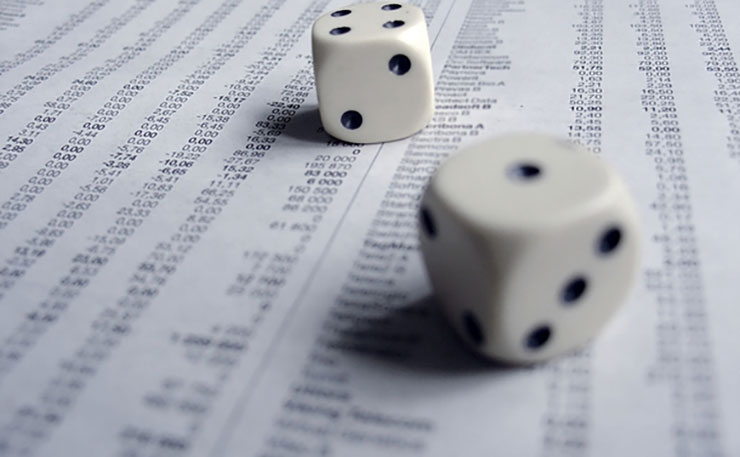 As we approach the end of the year, Darren Winters takes a look at potential investment risks in 2018…

The Volatility Index is hovering around record lows which suggests that investors have no fear going forward. But potential risks in 2018 are plentiful whether it be rising inflation, tightening monetary policy, deteriorating geopolitical landscape, rising oil prices, a housing bubble burst and a bitcoin price collapse.

Darren Winters takes a futuristic look at what the key potential investment risks in 2018 could be, in other words, what will occupy next year’s headlines. Inflation is likely to be at the top of the list. Hidden inflation (internal link to my previous piece) will become more difficult to conceal in 2018.

Deutsche Bank very recently (December 8) flagged inflation as one of their greatest potential investment risks in 2018. 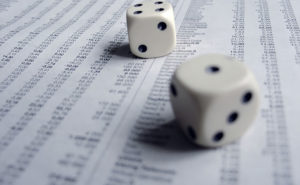 Europe’s largest bank is predictably most worried about a spike in inflation next year. Whats more, the other major banks are also all warning that their optimistic forecast for the year ahead could be derailed by a spike in inflation which could force the Fed to tighten monetary policy.

So how likely is runaway inflation in 2018?
We are already feeling the fallout of the central bank’s unprecedented monetary easing post-2008 Great Recession. Bond prices, stocks and real estate prices are all at historic price levels. There is a disconnect between the fundamentals. So price-earnings ratios for stocks become irrelevant, real estate prices bear no relation to wages. Moreover, stocks and bonds are both in a bull market which further indicates a system flooded with liquidity.

One of the potential investment risks in 2018 is that the central banks could be faced with a stark choice of continuing monetary easing and face the risk of a full-blown monetary crisis (a complete collapse in confidence in fiat currency) or tighten monetary policy in an already lackluster economy. In other words, the central bankers now have two unpleasant choices, either a hyperinflation Weimar Republic collapse in the currency (this is already in play in Venezuela, Nigeria and to a lesser extent in Mexico, Argentina) or a deep recession.

A guestimate would be that central banks will choose the latter, raise rates in an anemic economy which would also increase the opportunity cost of holding precious metals, Bitcoin and act as a headwind on their prices.

Could a Bitcoin crash be a potential risk in 2018?
A Bitcoin crack down where the governments publicly declare Bitcoin as no longer a legal tender then make it illegal to use in transactions would kill Bitcoin overnight.

But one view is that cash-strapped governments might see Bitcoin’s stellar rise in price as a revenue cow to milk through capital gains tax.

Moreover, the banks now sit in the bitcoin price cockpit. A bitcoin futures exchange means derivative bets on bets where the commercial banks through their unlimited access to cheap fiat currency can throw more sells bets at bitcoin to crash its price if they wish. (The Comex fix is how precious metals is rigged).

A Bitcoin crash isn’t necessarily a potential risk in 2018 because it is not a widely held asset.

But it is the look the other way event-the mother of all distractions (as the central bank tightens in a weak economy), particularly geopolitical events that could be the biggest risk in 2018.

The likelihood of war in 2018 has gone mainstream. Already eight places around the world are actively preparing for the possibility of a nuclear war.

In the Pacific, North Korea the stage appears to be set for an imminent war.

Korea has recently test launched ICBMs which it claims is capable of reaching the US Mainland. Moreover, those provocative (unconfirmed propaganda) videos which keep showing US cities exploding into a ball of flames following a nuclear attack which if they turn out to be true then war with North Korea is likely to be soon.

In the Middle East, US President Trump’s controversial decision to recognize Jerusalem as the capital of Israel is the kiss of death to the “two-state solution.”

Geopolitical instabilities in the middle east could send oil prices spiraling. Oil price is a tricky commodity to forecast due to the many moving parts which influence its price with demand, supply, the politics of OPEX and geopolitical events, particularly in the middle east all influencing its price. But it is the latter that could send oil prices sky high in 2018 if Trump’s recognition as Jerusalem as the capital of Israel sparks a war.

Oil has many uses in modern industry, apart from powering combustion engines for transport practically everything around you contains oil, from a computer keyboard, the plastics in monitors and even a bicycle (the tires, paint) contains oil derivative products. So higher oil prices will drive the cost of everything upwards leading to higher inflation.

Another potential risk in 2018 could be the collapse of multi-trade agreements, increase in barriers to trade (tariffs quotas). The current US administration’s slogan is America First which also implies everyone else is second.

So a policy of Americanism could shave global GDP growth in 2018.

Then there is the burst of the housing bubble in Canada, Australia, Sweden or Norway, the US, the UK which could also be a potential risk in 2018.

So there are many potential investment risks in 2018. Let’s just hope inflation really is the worse worry and not some major distraction, a WTF event such as “fire and the fury like the world has never seen”.

Could 2018 be the year that bubbles blow and atoms split?