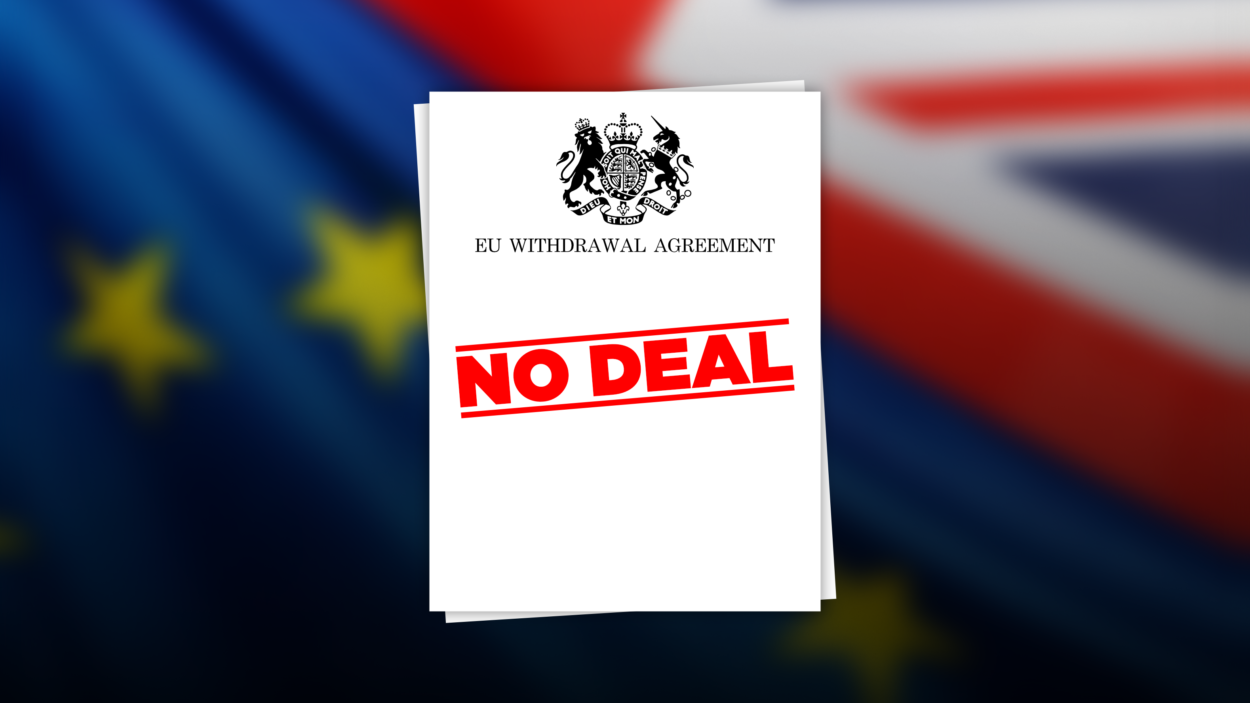 A no deal Brexit looks increasingly likely as the UK’s Boris Johnson Conservative government locks swords with Brussels over a post-Brexit trade deal.

Here is the stage which we believe could end in a spectacular climax, a no deal Brexit

It played out January 31 with the UK exiting the European Union (EU), the story is eclipsed by the coronavirus. The Brexit drama starts with the UK being thrown adrift in a transition with the EU, which ends on December 31. It is a tense period, the UK is left afloat in a life raft, the EU allows the UK to conduct its business with the $18.5 trillion trading bloc, meanwhile, the UK and the EU negotiate a future relationship.

The UK government’s relationship with the EU is likely to be turbulent going forward, which could result in a no deal Brexit

Boris Johnson’s government aims to achieve in this interim period, free trade with the EU and complete independence from Brussels and that could be a fantasy of dreams.

Why would the EU hand the UK Brexit on a silver plate?

So the UK’s expectations of a Canadian style trade agreement, which removes most tariffs on goods traded between the two would be wishful thinking at best.

EU priority is to keep its member states united, thereby preventing EU disintegration, so a no deal Brexit epic failure, a balls-up is what the UK should realistic expect from EU negotiations

The EU, a political and economic union, will want to make an example of the UK. The club with no exit will want their members to see the UK limping away battered, bruised and desperate to rejoin the gang of 27 member states under a new UK government.

Darren Winters points out, if post Brexit negotiations were a success and the UK were to prosper outside the EU, then other member states would follow the Brexit footsteps, and the EU would risk disintegration.

Put simply, the UK and the EU are in a battle for survival, the latter being a superstate run by technocrats and the former a constitutional monarchy parliamentary democracy.

The sovereignty of a state is being negotiated.

But the contestants are not evenly matched. In one corner is the EU with its total output of $18.5 trillion, in the other is the UK with a stagnating $2.7 trillion (GDP). So the UK has the least leverage in the post Brexit negotiations, which implies that outcome is likely to lead to a no deal Brexit.

Prime minister Boris Johnson’s hard-line posturing has increased the odds of a no deal Brexit, which would be the least favorable outcome for the UK

Last month cabinet reshuffle has brought more hard-line Brexiters into the cabinet, it is the UK’s most Eurosceptic government in a generation.

Boris Johnson’s radical shake-up of the cabinet has primed the UK government for a no deal Brexit.

Boris Johnson has surrounded himself with several hardliner Brexiters such as Priti Patel, Dominic Raab, and Steve Barclay.

Priti Patel, current Home Secretary was a former supporter of the anti-EU Referendum Party, she is a committed Brexiter who was a prominent member of the Vote Leave campaign. She has right-leaning views on social policy, being in favor of the death penalty, as opposed to gay marriage and anti-EU immigration (although she is the product of Indian immigrants herself). Paradoxically, she is also a supporter of free markets.

Next comes Foreign secretary Dominic Raab who prides himself on being a hardcore eurosceptic. Dominic Raab said he is a Brexiter you can rely on.

The former Brexit secretary, who stepped down in November 2018, after only four months in the post, stood for the leadership as the “generational change” candidate and made it to the final six candidates. Dominic Raab, a  fierce Eurosceptic, burnished his anti-EU credentials by threatening to suspend or “prorogue” parliament to force through a no-deal Brexit.

Steve Barclay is another fierce Eurosceptic who was also appointed Brexit secretary.

Furthermore, Liz Truss International trade secretary a one-time Remainer is now fiercely in favor of Brexit and has declared herself comfortable with the idea of a no-deal departure, saying in May that it was preferable to cancel Brexit.

With the EU and the UK digging in for a fight, the post Brexit negotiations could be destined to conclude with a no deal Brexit

Thinking the unthinkable, or perhaps better said pricing in the unthinkable might be prudent. The ongoing sell-off in UK assets is likely to continue going forward until the UK finds its political compass. At the moment the UK appears to be governed by career opportunist politicians that could be leading the UK to the abyss.

Post Brexit negotiations will lead to no deal Brexit, and a likely further deterioration in the macroeconomic data, the acceleration of negative capital flows and declining UK living standards.

We would not be surprised to see the emergence of Scottish and Irish independence from the UK, particularly if they believe their future and livelihood are more aligned with the EU than the UK. A no deal Brexit could open old wounds between the English, Scottish and Irish.

Brexit which will result in a no deal Brexit was reckless and ill-thought-out. The UK’s future is its proximity to its largest market, which is the EU.

No deal Brexit will be pitiful to watch, as the once old empire which the sun never sets that spent blood and treasure liberating fascist Europe in WWII will now be humiliated by Brexit.

No deal Brexit could lead to a back-pedal Brexit, which if so would mark the beginning of an upturn in UK asset prices. But that could be a long and arduous journey.