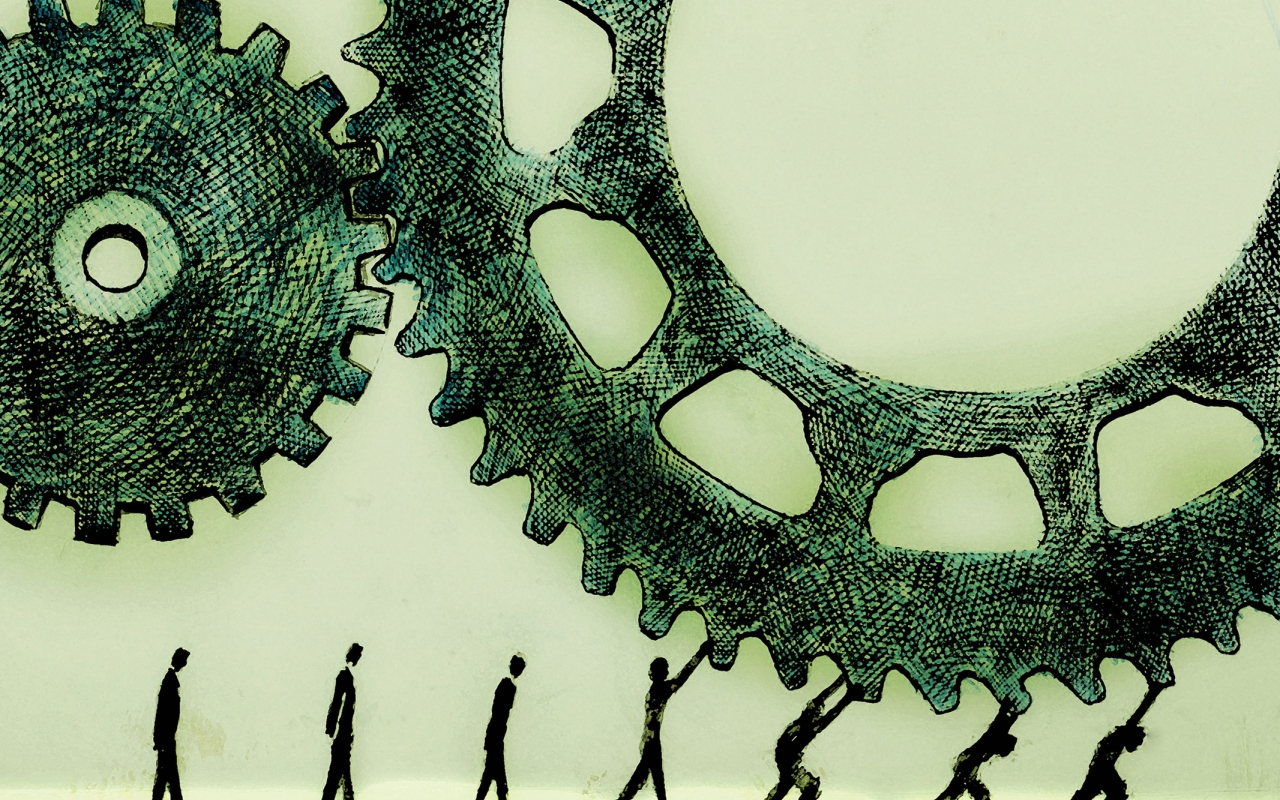 The fourth industrial revolution is ushering in a new Luddite challenge where the future doesn’t need humans. Flesh labor could become increasingly obsolete in advanced economies as 21st-century technologies, robotics, genetic engineering, and nanotech gives rise to an army of intelligent industrious robots.

Perhaps France’s Yellow Jacket revolution, a potentially contagious revolt which could spill over into other advanced economies, could have its roots in the new Luddite challenge. Globalization and now automation is displacing humans from participating in the modern economic and leaving, particularly blue-collar workers struggling to make ends meet.

The new Luddite challenge will be about how to survive in the fourth industrial revolution, one like no other with autonomous machines and AI. Keeping the human workforce participating in tomorrow’s advanced economy will be by no means an easy feat.

The rate of workforce participation is expected to drop by 42% in the next 20 years. The worst affected will be the lower educated as manual tasks will be phased out.

Automation is expected to accelerate and replace humans from the workforce at a breathtaking pace within the next few decades. By the mid-2030s, 60% of jobs will be phased out with those having a lower education (GCSE or lower). The medium educated could see 48% of their jobs gone. Moreover, those in the higher educated will not escape the great human job cull with 19% of jobs disappear in the next few decades.

Previous industrial revolutions, the transition from agrarian and handcraft economy to one dominated by industry machines involved in part assisting humans in production. Machines required the human hand to function but the fourth revolution is about full automation where smart machines equipped with AI drive themselves, think for themselves making humans obsolete.

Universal Basic Income (UBI) has been put forward as a solution to solve the ever-increasing problem of providing people alienated from the modern economy with the basic means to acquire their necessities. But UBI could create more problems than it solves.

UBI is very expensive. A $12,000-per-year UBI would cost the government $2.4 trillion annually, or one-eighth of GDP. That’s nearly as large as the entire US safety net today.

Sovereign investors who mainly consist of the sovereign wealth funds and pension funds would pull their investments out if they got wind that the government was going into even deeper debt to finance the cost of keeping its workforce idle. Financing UBI with public debt would bankrupt public finances, bring down the entire bond market and trigger a Weimar Republic style monetary crisis. Anyone with a basic grasp of western finance would understand that.

Cutting government spending to finance UBI or raise taxes would also be problematic. A declining in worker participation rates coupled with an aging population means that already the dwindling amount of taxpayers are carrying the heavy burden of higher taxes. Increasing taxes further on the shrinking human workforce could trigger a tax revolt and taxing the rich would create onshore ghettos and offshore ghettos.

What about taxing robots as a solution to the Luddite challenge?

If robots are displacing human jobs then how about making them pay. Financing UBI with a robot tax could be viable, assuming that robots are so productive that the profits they generate are ten times more than the human equivalent then one robot could support five displaced human workers and still provide their corporate shareholders with profits.

So the less efficient displaced human worker would have UBI to consume the products and services produced by robots, thereby providing corporates with a market. It would be a brave new world where the productive economy requires a tiny few humans because computer scientist succeeds in developing intelligent machines that are capable of doing things better than human beings can do.

At the apex of the fourth revolution would be robotic industries headed by genetically enhanced humans with turbocharged brains, they would engineer the latest version of AI. The robot industries would compete vicariously amongst themselves for scarce resources matter, energy and space which would drive up their price beyond other humans.

The new Luddite challenge would be to prevent the human species from evolving into two separate species, alfa humanoids genetically enhanced, fused with robotics and neo-serfs.

Fouth revolution is a new Luddite challenge which will need an “operating system upgrade” with a human-centric ethic switch built into the OS, according to the World Economic Forum.

“We must ensure that algorithms driven by vast data harvesting are trustworthy; that artificial intelligence and machine learning are as ethical as they are intelligent; and that data ownership is clear” World Economic Forum.