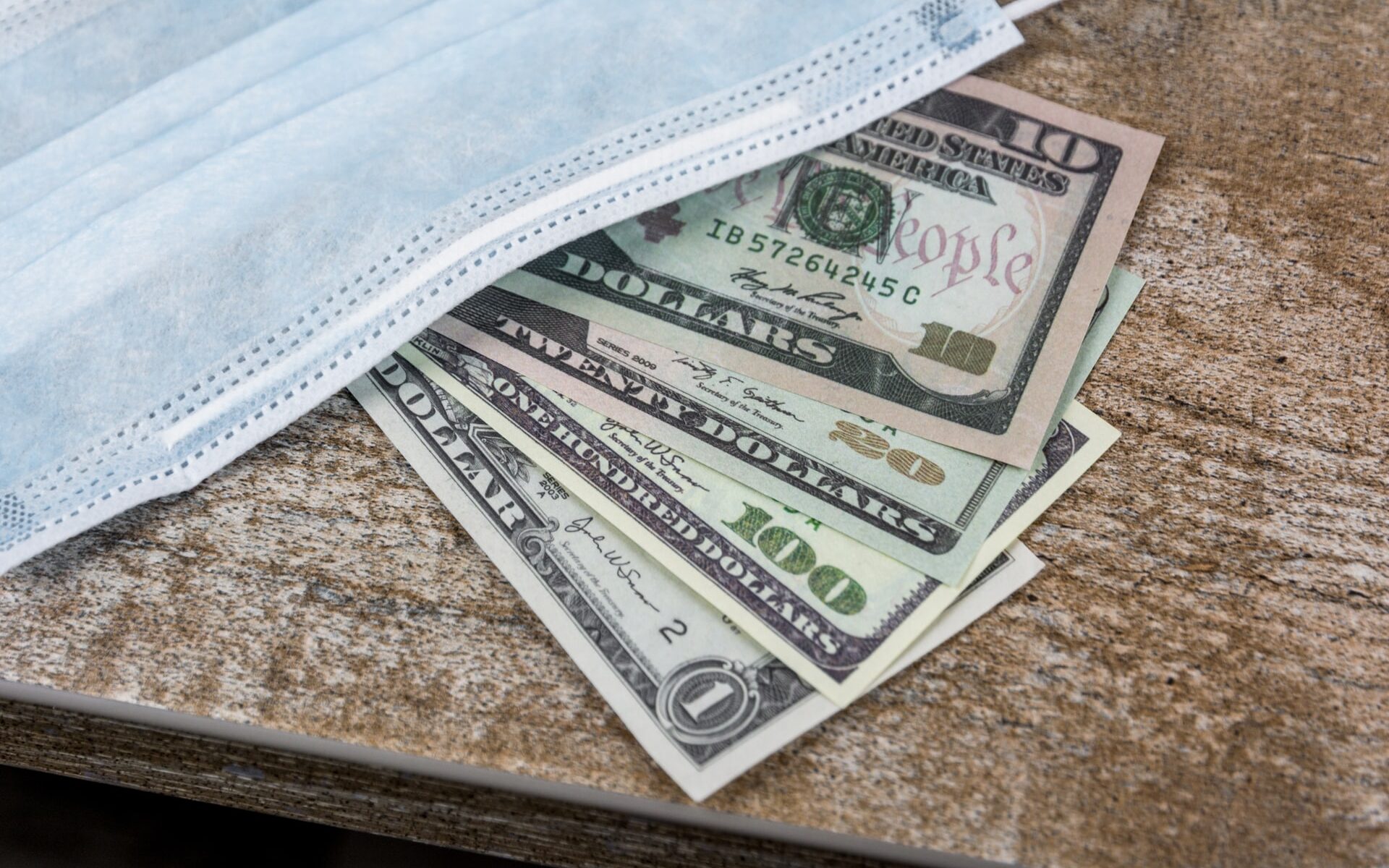 The famous Buffett Indicator, which compares the size of the stock market to that of the economy, has successfully predicted four stock market steep volatility events spanning more than two decades. For example, Buffett’s Indicator predicted the October 1987 Black Monday Crash, March 2000 Dotcom bubble, and the December 2007 pre-financial crisis then the March 2009 Pre financial crisis bottom.

So accurate has the Buffett Indicator been at predicting crashes that in 2001, Warren Buffett famously described the stock market capitalization-to-GDP ratio as “the best single measure of where valuations stand at any given moment”.

Most recently in February 2020, the Buffett Indicator predicted that stocks are overvalued by 49%.

But despite the pandemic, great lockdowns which resulted in parts of the service economy being shut down the S&P 500 gained more than 16 percent in 2020.

As Darren Winters notes, today the Buffett Indicator is pointing to stocks being overvalued 88%.

How is the Buffett Indicator calculated?

The ratio is measured by dividing the collective value of a country’s stock market by the nation’s GDP. But the problem with many stock indicators, including the Buffett Indicator is that it doesn’t factor in an unprecedented increase in the money supply M2.

So, the Buffett Indicator is a ratio used by investors to gauge whether the market is undervalued, fair valued, or overvalued, but a problem arises when central banks money supply (M2) warp stock indicators

What does a decade of emergency monetary policy increase in M2 money supply, which has gone parabolic in the pandemic lockdown economy look like?

In the last few years, the M2 money supply in the US has grown 25% more than their nominal GDP. Furthermore, corporate borrowing which almost always goes down in a recession went up 400 billion dollars in 2020. The M2 money supply in the US increased from 15.5 trillion US dollars in February 2020 to 18.84 trillion US dollars in October 2020 due to the Federal Reserve’s quantitative easing in response to the COVID-19 pandemic.

Bizarrely despite 11 million people unemployed the US experienced the largest increase in personal income in 20 years during a worse economic downturn since WWII because of the massive Fed money supply increases. So, the service sector which entails tourism, travel, restaurants, hotels, concerts has been shut down by the lockdowns. Moreover, unemployment has spiraled in this sector, but people’s incomes have risen. So, the CARES Act added trillions of dollars in fiscal stimulus. In three months, the US increased the deficit more than the combined last 5 recessions.We live in unorthodox times where unprecedented fiscal spending and monetary easing mean that orthodox investing no longer works.

Unprecedented boom in central banks money supply (M2) warp stock indicators, where the fundamental matrix for determining value no longer works because we are measuring it against the debasement of fiat currency

Put another way stock aren’t expensive when valued against a hyper inflated currency. Another way of looking at it is that when assets, such as stock, bonds, and real estate are measured against the price of a cryptocurrency, Bitcoin, then the financial crash has already played out.

So M2 money supply to the moon has distorted the indicator. Because it has devalued fiat currency and diverted capital flows from cash into other assets, stocks, cryptocurrencies, and precious metals.

It would be interesting to know what the legendary value investor thinks about his stock market capitalization-to-GDP ratio in view of this unprecedented M2 money supply.

If an investor were to ignore the trillions of dollars created by central banks, particularly over the last few years, the Buffett Ratio is flagging red. “If the ratio approaches 200%…you are playing with fire” said Warren Buffett, but that was before M2 money supply took a moonshot.

What is the current Buffett Ratio?

The phenomenal rise in the price of cryptocurrencies, particularly Bitcoin underscores the fact that that central banks’ money supply (M2) warp stock indicators and valuations

Near zero and negative interest rate policy is making cash a losing store of value for investors and the continuing central bank creation of currency at the whim of a keyboard stroke is causing the debasement of fiat currency.

“Cash is trash,” said Rey Dalio, and with the dollar index down 12%, that now makes sense

So, if cash is trash then so are fixed-income investments because that is merely a promise to pay investors a bundle of cash at the bond’s maturity date.

Think about it. If a currency is depreciating faster than the yields, then that makes fixed-income investments unattractive. If a bank account no longer pays any meaningful interest on deposit accounts, then keeping funds in a cash deposit account is like walking up a fast downward-moving escalator.

We could be on the cusp of a currency crisis, a crisis of confidence in the central bank’s fiat currency. When the music stops the bag holders could be those holding worthless fiat currency, as experienced in Germany’s Weimar Republic. Today you need a wheelbarrow of cash to buy stocks in Amazon or even Bitcoin.

The Buffett indicator may be flagging red today but what is the benefit of shielding in cash, the biggest bubble of them all.