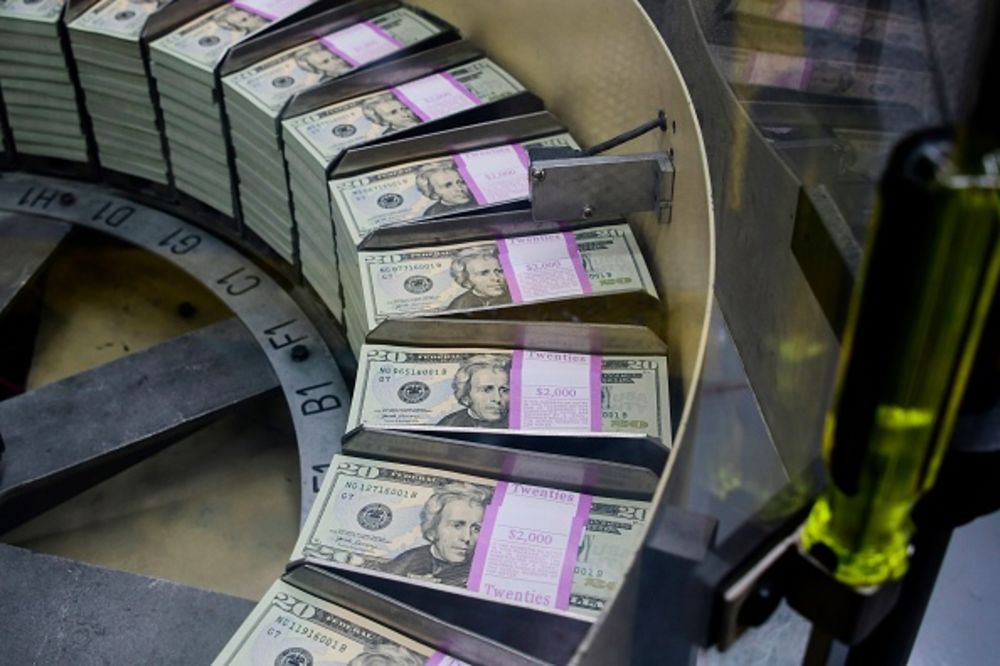 Doubling down on monetary policy lunacy could be the central bank’s next move, but it will be to no avail, as Darren Winters explains.

Negative Interest Rate Policy (NIRP) has had no positive impact on economic activity in Japan and Europe.

The BoJ’s has kept it’s key short term interest rates near a record low of minus.10% for three years to date.

Monetary policy lunacy has failed to stimulate Japan’s economy, which remains in the doldrums, the economist has dubbed it Japan’s lost decade

In the eurozone the ECB’s deposit rate is currently at minus 0.4%, the central bank has kept its interest rates near records low, following the 2008 financial crisis.

Despite the ECB’s monetary policy lunacy of negative rates, which has had ample test time, Europe’s largest economy, Germany is staring down the double-barrel of a recession

The shrinking German economy is on the edge of a recession with output falling 0.1% quarter-on-quarter

Monetary policy lunacy, which implements NIRP and Quantitative Easing is failing to stimulate Capex spending and prevent a pending recession

Darren Winters points out that there are other factors in the equation, other than cheap money, which stimulates business investment. For example, if the captains on deck were viewing through their binoculars a growing market in a politically stable environment they would be encouraged to invest. Put simply, NIRP, in isolation, blunts the business acumen, it does not provide an environment which encourages the efficient use of capital.

These are companies which are not profitable, nor never will be, but they exist on the central bank’s life support machine of cheap money. Moreover, for investors Zombies are black-hole.

QE is the other part of monetary policy lunacy

It would not be an exaggeration to say that since the 2008 financial crisis over twenty trillion dollars of liquidity has been pumped into the financial market, courtesy of the central banks QE program if we include the ECB, the BoJ, the BoE, and the Fed.

QE entails the central bank creating liquidity on a keyboard then buying financial assets to keep them propped up.

In Europe, the ECB currently owns 40% of all the sovereign debts in the eurozone.

So monetary policy lunacy has removed price discovery and we now have a centralized price-setting system, similar to a planned economic system. The downside to this is that it has distorted risk

The ECB has overbought European bonds, so the 10 Year Italian Government Bond yields only 1.48%, at the time of writing this piece.

But Italy banks are still weak and a problem for the eurozone.

So with risky bond providing such dismal yields, investors are picking up nickels in front of a steam roller.

Monetary policy lunacy, due to QE has resulted in 17 trillion dollars of negative-yielding government and corporate debt in the world

The greatest monetary experiment has distorted the market mechanism for risk that it no longer works efficiently.

So what comes next is a shock and awe monetary stimulus package, according to the ECB

The ECB wants yields to become even more negative.

The negative interest rate makes it difficult for banks to lend and make a profit.

Monetary policy lunacy, of negative or near-zero interest rates, reduces the value of bank deposits over time. So households and businesses are discouraged from depositing their savings with the banks, which also makes future banks collapse more likely as banks can’t build liquidity.

But banks are like the electric grid to a modern economy, and without liquidity, the economy cannot function. Commercial banks need to take in deposits and make loans, which is their primary function, this is known as credit intermediation. So the banks are similar to the electric grid. A banking system failure would be like a blackout. Greed makes the banks lend and risk makes them prudent. But if monetary policy upset this balance, then the banking system can no longer function correctly.

Monetary policy lunacy distorts or eliminates the single most important factor in economic decision making, the pricing of risk

Risk is priced in the cost of capital. If capital is priced, then investors demand a larger return so that they are compensated for that risk.

When the central bank sets its interest rate below zero then the pricing of risk in the economy no longer functions. Put simply risk can no longer be priced. For example, certain junk bonds in Europe are trading with a negative yield. In other words, the risk pricing system in Europe is broken.

So we have asset bubbles, which fuels wealth inequality and a rise of political popularism. We also see overproduction and malinvestment.

With the Fed’s pivot is completed other central banks will follow.

The Fed, the world central bank by default, is already working on a real-time interbank payment system. FedNow is expected to be available by 2023 or 2024 and will initially support transfers of up to $25,000. What next digital Fed-coins?