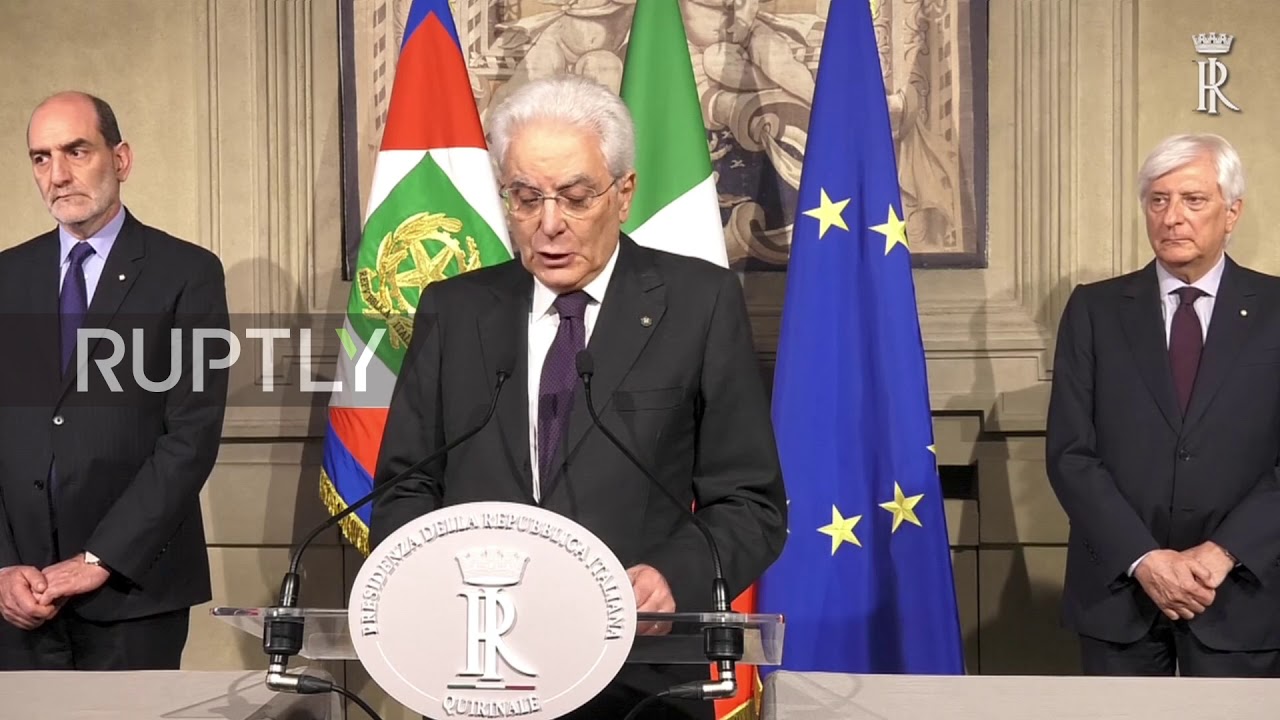 The troika creditors (EC, ECB and the IMF) have got a firm collar grip on the nation. Latest estimate (2014) puts the Italian government debt at 131.1% at €2.1 trillion. European banks hold billions of euros of Italian government debt and with the ECB’s €60 billion (reduced €30 billion) per month purchase of bonds purchases that also means the ECB is sitting on a pile of Italian debt. 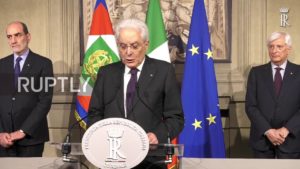 In short, the EU’s fourth-biggest economy has been sailing without a government since elections. No political group can form a majority. For the creditors, it is imperative that Italy’s political deadlock is resolved in a way that doesn’t convert €2.1 trillion of Italian sovereign debt into junk. Should Italy’s political deadlock conclude with an Italian sovereign default that would be a dire situation for European financial stability.

Think of Europe’s Lehman Brothers moment multiplied by a factor of ….
If Italy defaults on its sovereign debt it could blow the collateral chains off the entire European banking system, bearing in mind that in a debt money system sovereign debt is pledged as collateral among the commercial banks which they then use to raise loans among each other. So there is also a contagion story here too.

Put simply, if Italy’s political deadlock leads to a government that decides to default then the ECB would be staring down the barrel of a monetary crisis, a crisis of confidence in the single bloc currency the euro.

But the likelihood of the two populist parties forming a coalition (in its current form) is unlikely. 5SM and the Lega have already attempted to form a coalition government and failed when President Mattarella (who pledges his loyalty to the euro) vetoed their choice of finance minister.

That sparked an outcry from Five Star leader Luigi Di Maio
“Why don’t we just say that in this country it’s pointless that we vote, as the rating agencies, financial lobbies decide the governments?” he asked in a video on Facebook. The Five Star leader has called on parliament to impeach the president.

Another possibility of how Italy’s political deadlock could be solved is that new elections could be called. This option would be more in tune with how a modern “democracy” works. The people get to vote again until the puppet masters get their favorable outcome. Think of Brexit, Grexit, since when has the people’s wishes every meant anything. Besides, national elections in Europe are a dog and pony show. A non elected Council of Ministers sitting in Brussels decide how member countries spend. Europe is governed by bureaucrats in Brussels who follow the rules to the letter.