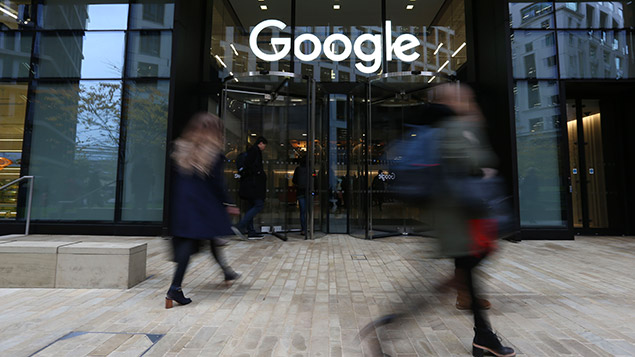 As Darren Winters explains, industrial action could become a rising trend going forward. The value-added share between labor and capital is an endless tug of war. Capital and labor have a love-hate relationship, both need each other but they have opposing interests. Capital seeks to maximize profits by reducing input costs, meanwhile, labor wants its fair share of the profits for the value added to the goods or services produced.

The latest industrial action which comes to mind is the British Airways pilot strike, which began in late August over a long-running pilot pay dispute.

“They’ve previously taken big pay cuts to help the company through hard times. Now BA is making billions of pounds of profit, its pilots have made a fair, reasonable and affordable claim for pay and benefits,” said Balpa’s general secretary, Brian Strutton. “The company’s leaders, who themselves are paid huge salaries and have generous benefits packages, won’t listen, are refusing to negotiate and are putting profits before the needs of passengers and staff. It is time to get back to the negotiating table and put together a serious offer that will end this dispute” he added.

GM is the latest Industrial action which made headlines, September 16

GM’s UAW Workers have called a nationwide strike for the first time in 12 years.

“General Motors needs to understand that we stood up for GM when they needed us” said Ted Krumm, head of the union’s bargaining committee in talks with GM at the press conference on Sunday. “These are profitable times… and we deserve a fair contract. We helped make this company what it is” he said.

Even former high flying darling FANG companies, run by their liberal billionaire owners are not immune to Industrial action

“Google employees in April staged a sit-in the next day to protest the alleged retaliation toward employees at the hands of managers”, said Darren Winters.

“From being told to go on sick leave when you’re not sick, to having your reports taken away, we’re sick of retaliation,” Google employees tweeted via @GoogleWalkout. “Six months ago, we walked out. This time, we’re sitting in.” Google has faced accusations of retaliation from employees who organized last year’s walkout of 20,000 workers to protest the company’s handling of sexual harassment allegations. Two organizers said in an internal message last month that their job responsibilities had been diminished after organizing protests.

In July thousands of workers at Amazon fulfillment centers and warehouses around the globe went on strike to bring attention to the working conditions they endure. Workers at its fulfillment centers around the US continue to complain of extremely odious quotas, limited bathroom breaks, mandatory holiday shifts, and the need for pain medication just to get through their 10-hour workdays.

Hundreds of employees at seven facilities in Germany recently went on strike.

“While Amazon holds a giant Prime-Day bargain hunt, employees are deprived of a living wage” Orhan Akman, a representative from the German labor union Ver.di, said in a statement shared with Quartz.

Meanwhile, in the UK the GMB trade union staged protests at Amazon facilities across the country.

“Amazon workers want Jeff Bezos to know they are people—not robots” Rix said in a statement shared with Quartz. “It is time that Jeff showed empathy with the very people that have helped to contribute to his vast and increasing personal fortune”.

Amazon is increasingly replacing humans with robots in its warehouses.

In the so-called robotics fulfillment centers like the one on Staten Island, the pickers are stationary and the robots deliver items to them. The company says these warehouses account for “more than 50” of its roughly 175 centers worldwide.

The trend towards an empty cockpit is another one to watch.

Will Boeing and Airbus channel further investment in building pilotless planes. Pilot error is responsible for 80% of mishaps, humans are too dangerous, erratic and unpredictable in the cockpit. Moreover, military drones are more efficient than human pilots. “We don’t need Tom Crusie anymore we need the revenge of the nerds,” said US’s first female fighter pilot. So a modern pilot will be babysitting the computer, maybe on the ground.

If Industrial action during the ’70s accelerated globalism, then it led to the disequilibrium in the society of advanced economies because the value-added share between labor and capital became disconnected through a global market place for labor

So it should come as no surprise that G7 economies today are characterized with, lackluster consumption, waning economies, aging populations, and large public deficits.

Moreover, monetary and fiscal policy, which appeared to work in the last century no longer works in the 21 century. Public deficits keep ballooning and central bank liquidity is at an all-time high and yet demand-pull inflation is absent.

Humans are becoming alienated in a modern economy, neither do they add value nor do they consume. This is the paradox of capitalism, if capital doesn’t pay workers enough, or displaces them completely then they can’t consume.

Put simply, the disequilibrium in society could go global with both advanced and emerging economies experiencing a rise in industrial action, protests, and riots.

Approximately, 20 million manufacturing jobs around the world could be replaced by robots by 2030, according to analysis firm Oxford Economics.

So the future, alpha returns for investors, could then be in those economies that are spearheading the fourth industrial revolution.

For example, the cyber-physical systems, the internet of things, networks, cloud technology and automating complex tasks.