It is becoming increasingly difficult to reconcile extreme valuations of both bonds and equities.

Regarding the latter the “the S&P 500 forward P/E has already expanded by 70% during the past five years, exceeding all other expansion cycles except 1984-1987 (up 111%) and 1994-1999 (up 115%)”, notes Goldman Sachs. Moreover, “both prior extreme P/E multiple expansion cycles ended poorly for equity investors.” So Goldman reckons the likelihood of an imminent equity correction is very real.

Moreover, “both prior extreme P/E multiple expansion cycles ended poorly for equity investors.” So Goldman reckons an equity correction could be imminent. 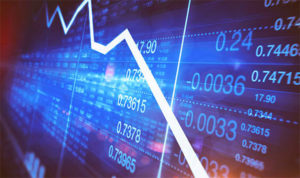 But Goldman Sachs (one of the most important financial institutions in the world) doesn’t have the best forecasting track record.

Indeed, five times Goldman Sachs got it wrong in 2015 which reminds us just how dicey forecasting and market timing really can be.

Nevertheless, let’s play a fool’s errand and work out the likelihood of an imminent equity correction.

There are five reasons which support the view that an equity correction is imminent.

Duration.
The duration of this secular long-term bull market bull market is already “long in the tooth” which suggests an imminent equity correction.

Lack of volatility.
The VIX volatility is nearly the lowest in 50 years. Implied volatility as measured by the VIX stands at 12, a 6th percentile event since 1990.

But that what doesn’t happen matters as much as what does. So Low volatility across asset classes may be masking risks that are not evident today but will be obvious in retrospect and that suggests an imminent equity correction.

Bubbly valuations
Equity valuations are stretched using almost every metric (another clear sign of an imminent equity correction). The typical stock trades at the 98th percentile and the overall index at the 87th percentile relative to the past 40 years. Moreover, collapsing CAPEX spending doesn’t justify these valuations.

Bond valuations are also highly valued versus history at a time when equity valuations are sky-high too. Its unusual for both bond and equity prices to move up in tandem.

Market dynamics is as such that in a stock bull market when investors are optimistic about the economic prospects investors flee out of bonds, hence bond prices fall and they rotate into equities. But rising bond and equity prices suggest that market dynamics have been disturbed due to too much liquidity sloshing around in the system. So all asset prices are rising.

The size of the Fed’s balance sheet and the trajectory of bonds and equities are positively correlated. So perhaps there is just one main factor that market timers would need to know to determine the end of this bull market; exactly when will the Fed decide to unload its balance sheet (assuming that no other central banks would take up the slack) that would then mark the next bear market.

In other words, a change in the central bank’s policy (a transition from monetary accommodation to normalization) could also mean an equity correction is imminent.

So let’s meet the Feds next boss with the aim of assessing the likelihood of an “imminent equity downturn” (banker euphemism for a crash) being on the cards.

Jerome Powell has been nominated by President Trump to be the next chairman and he will be heading off to Capitol Hill on Tuesday to convince the Senate that he is up to do the job.

But Fed watchers reckon it is a case of meet the new boss, same as the old boss. In other words, Powell (the next Fed chairman assuming the Senate approves) is likely to follow the former Fed Chairwoman’s Yellen’s mandate of gradual Fed rate hikes.

QE without further Fiscal expansion (public spending) is not possible, bearing in mind that there is only a finite amount of bonds that the central bank can purchase. Once the Fed has purchased most of the bonds (already four trillion dollars and counting) and the Federal government is unwilling or unable to borrow more money then QE is over.

So with the Federal government’s public deficit surpassing already 20 trillion USD will the Senate approve further government spending, which would then make it possible for the Fed to continue expanding its balance sheet?

The answer to the above is likely to give traders/investors a heads up as to where these markets are heading next. Read some of the many success stories where people are implementing Darren Winters investment strategies. Are your investment skills ready to handle the situation if there is an equity correction imminent?.

There are two views
The bearish view-that Trump is the fall-guy. The Senate roadblocks Trump’s infrastructure plan and the Fed starts unwinding its balance sheet.

Trump boasts: ‘The reason our stock market is so successful is that of me’.

The bankers needed Trump to admit his claim to the bull market before they decide to unwind their balance sheet and crash the market. So when it all goes pear-shaped the central bankers have their scapegoat. Applying Trump’s rationale in reverse; ‘The reason our stock market is so unsuccessful is that of me’.

Two Harvard professors of psychiatry have expressed concern over Trump’s mental stability, that he has Narcissistic Personality Disorder. Moreover, the narcist is the easiest personality type to manipulate.

So in a crashing stock market and tumbling economy how likely will Trump be convinced by his neoconservative inner circle to start a war, deflect public attention and anger away from what he perceived to be his failure.

But let’s hope this bearish view doesn’t play out.

A more optimistic view is that Trump is allowed to carry out his infrastructure plans and that the Fed continues to provide monetary accommodation, asset prices keep rising and the bull market by default continues.

So all eyes on the Senate which is where we are likely to get a heads up on an imminent equity correction.