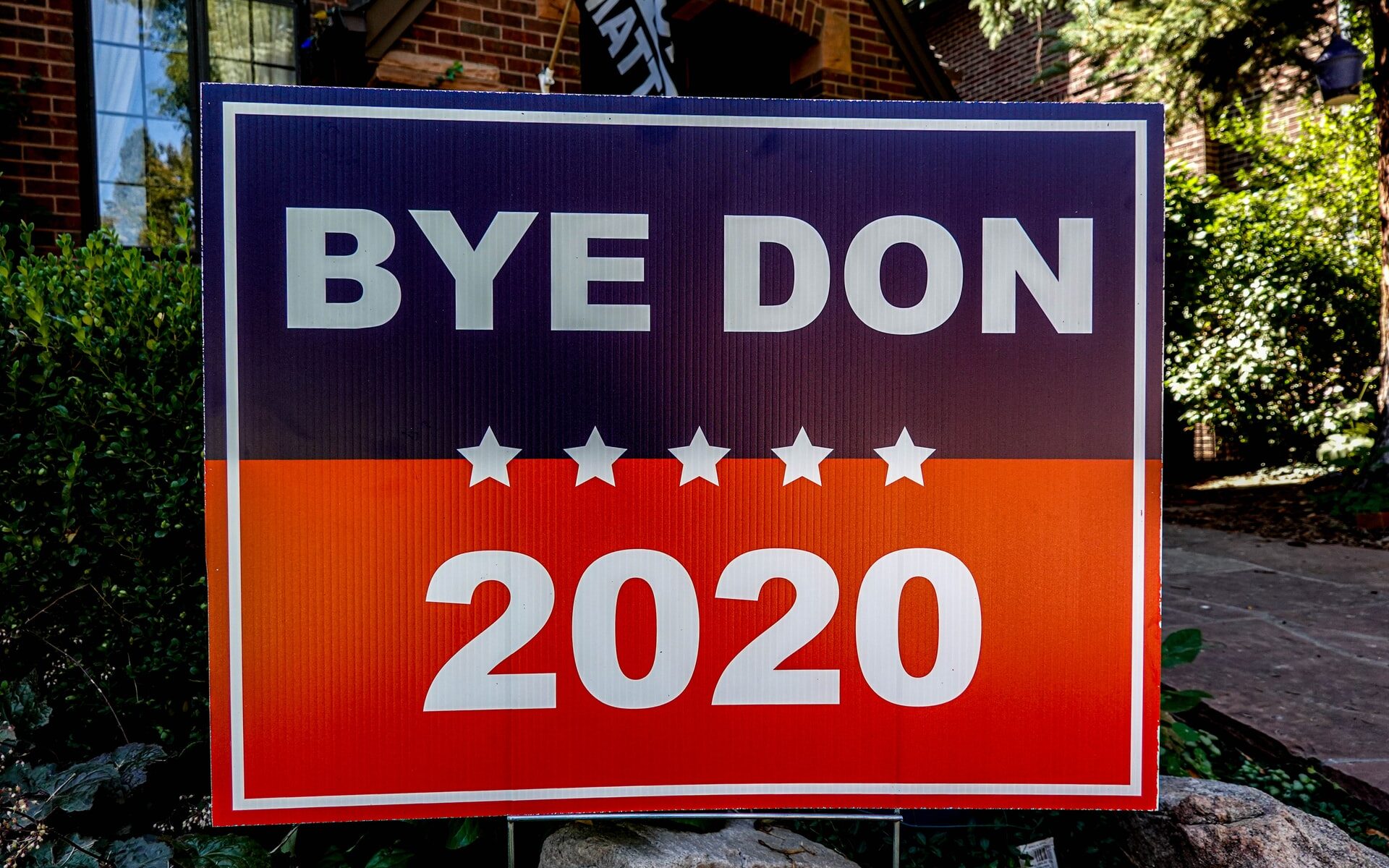 With the US Presidential elections scheduled for next month, November 3, having an election trading strategy is becoming a hot button topic.

As Darren Winters points out, a contested election is featuring on investors’ radar, with 60% of investors surveyed of the opinion that the election result could be contested, according to BoA Global Fund Manager Survey.

Bearing in mind that one of the likely scenarios is a contested election, which, if it plays out, would represent maximum uncertainty for investors.

But mapping out all the likely election outcomes, then deciding what action you would take in each scenario could help investors to clear the fog and draw up an election trading strategy.

Your election trading strategy is your trading plan, which should help you make thought-out decisions with a cool head

After all, nobody wants to be a rabbit caught in the headlights, frozen with fear then fleeing positions, which often leads to locking in huge losses.

Scenario 1, A Democratic sweep, which would mean Biden winning the presidency and Democratic control of the Senate.

A Democratic sweep would leave no uncertainty, higher taxes, more regulations, and the ongoing push for renewable energies.

BoA school of thought is that a unified Democratic government would be bullish, they argue that to keep the minority vote onside, during the mid-term elections, a strong Democratic government will promote pro-growth, pre-employment policies through fiscal stimulus. Lower-income groups have the highest money velocity, and that is good for consumption. New taxes and regulations would be offset by planned consumption and investment incentives, argues BoA.

The election trading strategy for a “blue wave” election outcome is to buy the dip, particularly renewables

BoA’s school of thinking in a nutshell is bold leadership is needed, which can only be achieved by a government majority in both chambers.

As we noted silver outperforms.

Scenario 2, a bearish gridlock with President Biden and Republican Senate

If Republicans retain the Senate they are likely to frustrate stimulus under a Democratic President. So, we would see more of the same sluggish economic growth and more Fed stimulus.

Election trading strategy would be to “raise cash and buy Treasuries, minis, and high-quality corporate bonds,” according to BoA.

Scenario 3, the “status quo” President Trump plus any senate.

Scenario 4, a contested election, the election trading strategy would equal a buying opportunity

BoA recommends investors to trade for a contested election and use the opportunity to buy risky assets and sell volatility. In the worst-case scenario, there is always a bailout.