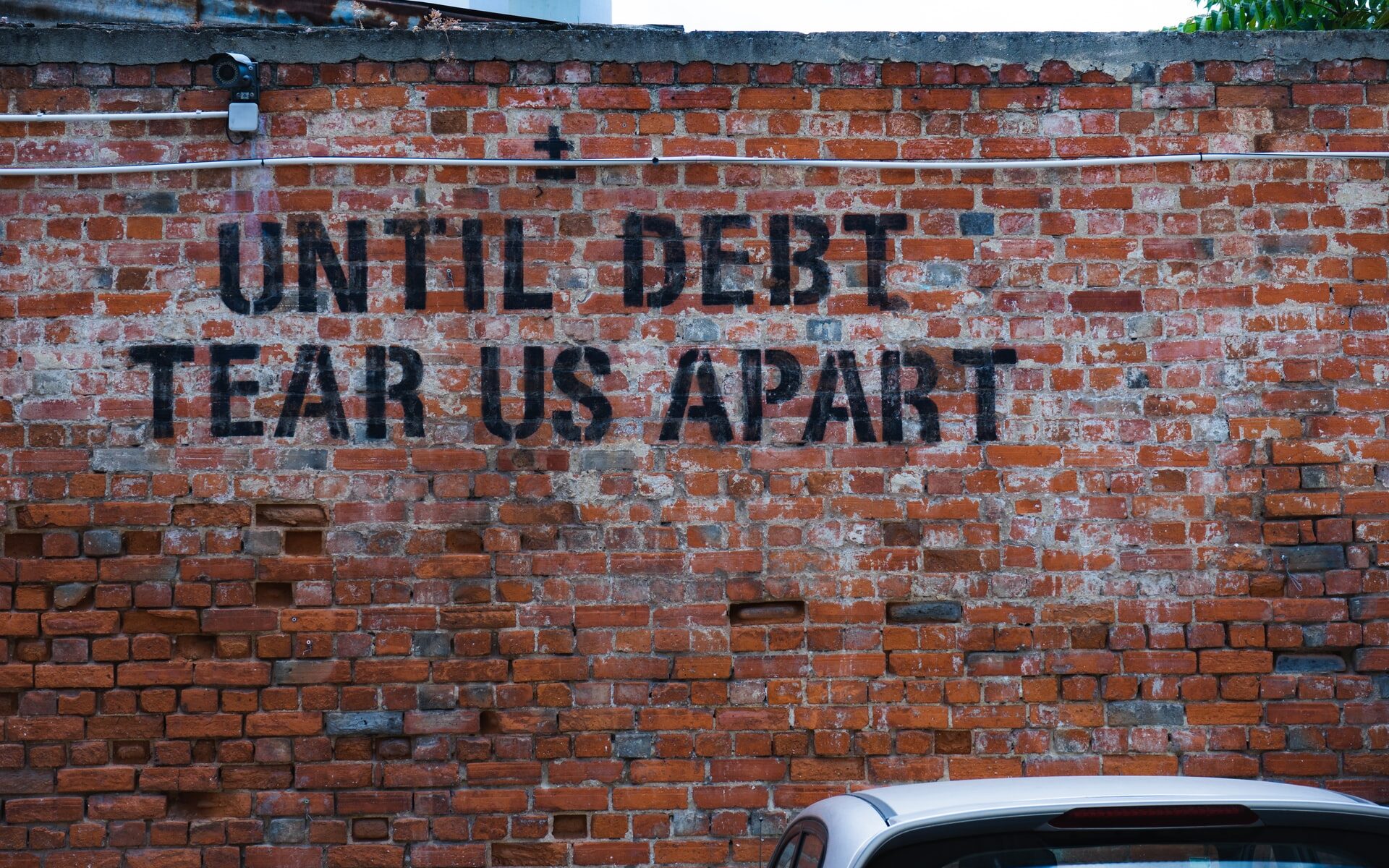 A global debt crisis could be the greatest risk hanging over financial markets.

In the wake of the pandemic great lockdowns, which shows no signs of abating with the delta strain ripping through Europe and Asia a pandemic global debt crisis could be brewing.

If we zero in on the world debt clock we discover that Germany is now the only country in the G7 that has a public deficit to GDP at 86.29% the remaining six largest western industrial-economic democracies now have public deficits greater than their entire output GDP.

In short, global debt is at an all-time high of $281 trillion at the end of 2020, or more than 355% of global GDP, according to the Institute of International Finance.

Moreover, the level of global debt is likely to continue to spiral, and here Darren Winters gives some reasons; firstly, the G7 demographic indicates an aging population which means a greater strain on public finances as pensions and health care public spending skyrockets.

Secondly, dwindling income tax receipts is likely to continue due to aging populations and fourth revolution technologies as workers become displaced by algorithms and automation. But these technologies could also reduce the administration cost of running governments.

Thirdly, the pandemic shows no signs of abating as it continues to mutate faster than the vaccination programs. Moreover, vaccinations provide cover for six to eight months, so what will governments do when a new strain spreads through the population?

Will global debt skyrocket to another $24 trillion as governments, businesses, and households borrow their way into the second round of global lockdowns and new mass vaccination programs?

The global debt crisis is particularly acute amongst the G7 economies with Asia, except Japan, being least impacted by a pandemic global debt

Supply chain disruptions were cited as one of the top business risks in 2021 as pandemic lockdowns disrupted supply chains in 2020.

If companies can’t sell their goods or services due to supply chain disruptions that could impact corporate revenues which also has implications for corporate bond investors.

The recent chip shortages have disrupted the sale of big-ticket items, such as autos.

A recent experience of someone buying a bike underscores a few problems brewing.

They decide to buy a bike on Amazon with the aim of not spending much because they have already had their bike stolen. Rising crime is an early indication of a tanking economy.  So, the best-selling bike on Amazon is the least expensive, but it is double what they spent 8 years ago.

The bike arrives in a cardboard box for them to assemble. Less than a decade ago they could have bought the same bike, half the price with a friendly bike mechanic assembling the bike.

The Bike is also fitted with faulty shifters. No problems they think with a little bit of know-how and garage tools they will just go to their local bike shop and buy the part.

So, as they approach their local bike shop, they see signs of neglect, mail piling up at the door, and a for sale sign on the dusty property window. They try and locate another bike shop within walking proximity, the same, for sale, rent sign on the window. It is a story that we are sure you are all familiar with in our local economies.

Reflecting on this we wonder whether we are on the cusp of a global default on commercial mortgages as a string of retailers from London, Bombay, Tokyo to New York go into liquidation. If so, commercial mortgage blowup, a brick-and-mortar-meltdown, could be another factor contributing to a global debt crisis

The takeaway of this piece is that with unprecedented global debt hanging over G7 economies is it credible to think that the Fed can transition to normalized monetary policy?

Put another way the Fed is purchasing treasuries and MBS with the aim of keeping yields curve down and so the banks are not left bag holding a pile of potential bad debts.

So how can QE cause demand-type inflation when most of those billions are going to sure up the banks? The stimulus checks (the people’s QE) have already been spent and mortgage/rent moratorium is ending, which will leave households with a hangover debt to service.

But let’s take a look at the worst-case scenario, which could be a reality, of more future lockdowns as delta virus rips, then the global debt could rise by another 24 trillion dollars based on 2020 data.

So, with so much global debt in the system Darren Winters doesn’t see Fed winding down its QE, we wouldn’t be surprised if the Fed or its western aligned central banks, ratchets up their monthly asset purchases particularly if there is another lockdown.

In a scenario of new lockdowns imposed on households, the Fed won’t need to raise rates because consumer spending will be restricted to basic necessities, similar to in a command economy.

Frankly, we are more likely to see rolling global lockdowns than the dot plot increases in rates that the Fed talks about in 2023.

Surely, they would opt for another lockdown if inflation were to get out of hand. Fed’s new policy tool, lockdowns.