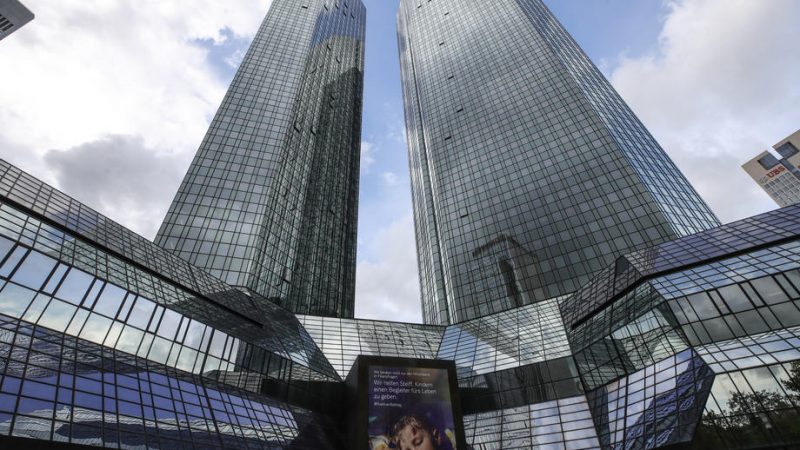 A new sovereign and corporate bond crisis could be at the epicenter of another banking crisis.

As Darren Winters says, he would not be surprised to hear about some major financial house going to the wall sometime soon. It took less than three weeks to wipe out three years of stock gains fueled by the central bank’s trillions of dollars of asset purchases, known as quantitative easing. But why should anyone be surprised?

Fake money fuels fake bull markets, the misallocation of capital and eventually a financial crash and a banking crisis

The bailout of everything that moves won’t work, it will take down the fiat debt monetary system. Let markets be markets, the price mechanism works so well, so why did the central banks tamper with it? What happened to laissez-faire economics, the laissez-faire state, the free market economics with the free price mechanism? Central bank corporate socialism, which is what we have had post-financial crisis 2008, has failed. But can anyone identify a successful socialist, communist system that works?

What could come next is a banking crisis as the bubble of everything, in stocks, bonds, real estate bursts, which could blow the collateral-chains of the entire banking system

No this is not a rerun of the 2008 financial crisis, a localized problem in the US subprime mortgage market, it is far worse. Why? Because you can’t solve a debt problem with even more debt. That is why I called the greatest monetary easing experiment in the history of finance, monetary insanity. Moreover, the only way to play it was to apply the insane rule where bad news is good news because it means more QE, which equals higher stock prices. But all unhealthy, artificial ecosystems eventually collapse. Gaming the markets by front-loading the Fed’s next move was eventually going to run its course.

In Europe, the peripheral sovereign debt crisis is likely to rear its head again. The banks in Italy were the weakest link before the COVID-19 pandemic and it would be foolhardy to think that the situation has got any better given the virus paralyzing the most industrial region of the country. Ballooning budget deficits in the southern part of Europe were part financed with cheap German loans. But now German exports have most likely been decimated by China’s shutdown and the US’s recent decision to band all flights, which could extend to goods from Europe.

In Asia, the Hong Kong economy is at risk, which could lead to a  worse than the 1998 Asian crisis over in South East Asia. So all this has the makings of a global banking crisis.